Let me introduce to you my mother in law, Mrs. Brigitte Helzer, who is a ninja in the kitchen. In her home, it’s hard not to be aware of what she’s preparing because it always smells incredible. When Mama B gets in the zone, the flavors of France come alive in her kitchen. Brigitte was born in Ribeauville, a small village in Alsace, France. She moved to the US at age 7 but grew up in a culturally French home. She developed a love of French cuisine and in turn, she inspired a love of French food in her two boys, Paul and Johnny. And since I married into Helzer family, I have been introduced to a whole new culinary world too. 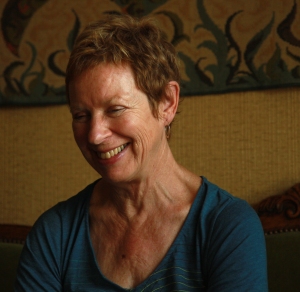 Meals at the Helzer’s are notorious among friends for good reason. They are completely and deliciously insane. Brigitte does most of the preparations; and John chooses wine(s) from his cellar to best compliment the meal. Making it to the end of one of these meals without passing out is a feat. It’s like running a marathon except at the end you realize you haven’t exercised at all and you’re a little more rotund. To give you an idea: a meal at the Helzer’s might begin with an appetizer accompanied by an aperitif, perhaps Tarte á la Tomate and a glass of a Burgundy. Shortly thereafter, dinner might be scalloped veal with lemon sauce, rice, braised endives and salad, served with an Italian Barbera d’Asti. Then the infamous cheese course (that is served ‘only when the kids are home’), sometimes 10+ cheeses, including a variety of cow, goat and sheep’s milk cheeses, domestic and imported, served with a Bordeaux, and a roquefort cheese, with which Port wine is optional. All of this followed of course by dessert. John or Brigitte might prepare a seasonal fruit tarte, or why not a variety of individual portioned tartes? Eau de Vie, a genre of French digestifs, emerge from the cupboard. Kirsch, Quetsch and Poire Williams, are among favorites in the Helzer household. At this point, you struggle to roll a slightly rounder version of yourself away from the table to start clean up. We literally ate all of this the day we recorded this recipe.

I admire Brigitte’s facility with cooking. I realize her know-how came over time so there is hope for me yet! What I have gleaned is that Brigitte has learned to listen to her culinary gut feelings. She magically knows when things have been cooked to perfection. When I ask her how she knows, she’s vague and nonchalant. It’s killer! All I can do is remind myself that the moral of the story is keep on studying recipes and cooking by heart and if I’m lucky, then in time my kitchen intuition might develop into something like hers.

Savory Dough Ingredients (this dough can be used for any savory pie or tart):

Prepare the dough. Combine flour, salt and butter in cuisinart or bowl. Add ice water slowly while pulsing in cuisinart until it gets clumpy. Gather the dough together, being careful not to over handle it (if overworked it won’t be light and flaky). Cover in saran wrap and if you have the time, let it rest in the fridge for 20-30min (or longer if you want to prepare the dough ahead of time, allowing it to return to room temp before working with it). Prick a few holes in the dough to prevent it from puffing up. Cook it for about 10 min at 450°F or until it begins to brown.

Spread mustard onto the dough. Brigitte prefers the dish with dijon. She feels the grainy mustard can overwhelm the dish. But I like it both ways. Layer half of the combination of gruyere, emmental and parmesan cheeses. Then layer your sliced tomatoes and top with another layer of cheese. Cook it for about 20 min at 450°F. The crust needs to be “golden to brown” and the cheese should be nice and melted and almost browned and crusty.

Let us know how it goes!

Music: Margie by Billy Banks and His Rhythmakers

*This recipe was featured in the FrenchEntrée.com Gastrozone to celebrate 100 issues of FrenchEntrée magazine